Born 1979 in Stuttgart. Lives and works in Krefeld, the Netherlands and India.

Patrizia Casagranda completed her design studies with distinction at the FH Niederrhein in 2002 and attended the painting academies in Nice, Ravensburg and Trier. After different activities as a graphic designer (for Günther Uecker and Markus Lüpertz, among others), she has been working as a an artist since 2015.

Expressive symbioses of collage, painting and elements of street art characterize her art. Within a short period of time she was able to inspire at numerous exhibitions at home and abroad, including in France, Great Britain and China (Museum of Contemporary Art in Beijing). In the summer of 2018, Casagranda’s works were on view during the Architecture Biennale in Venice.

The German-Italian works in thematically homogeneous series with mostly female portraits and creates expressive paintings with an almost tangible materiality. Through the combination of collage, painting, graffiti, stencil technique and typography, they appear striking, relief-like, enigmatic, familiar and yet strange.

Her new series „Diversity“ deals with religions in the broadest sense. These are portraits of women of different world religions and cultures, in which the artist tries to emphasize what unites them – love and peace.

Since 2017 represented by Foxx Gallery.

If you are interested to see more, as we can not display all works on the site, please send us an e-mail.
The gallery has other exhibits on show. 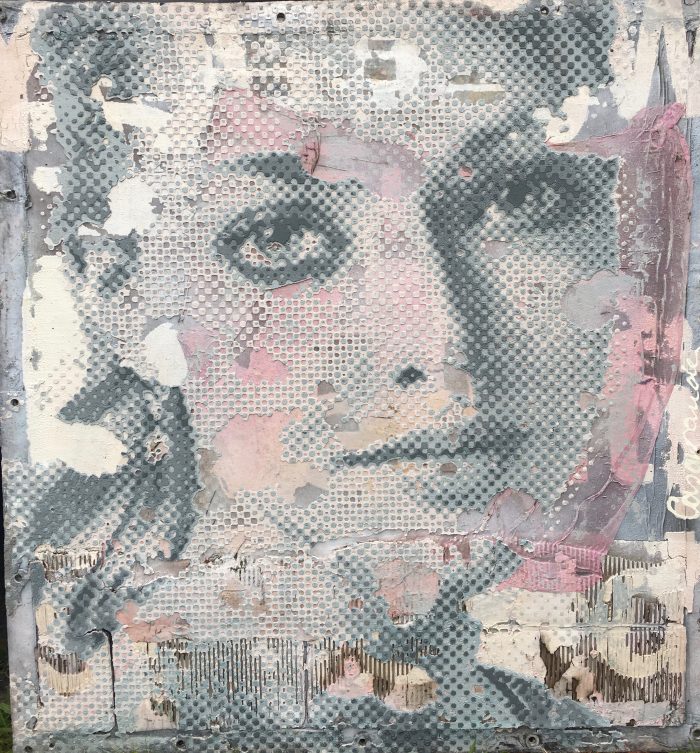